A pragmatic approach to revolutionary thought and action in Britain posits analysis and criticism of the royal family as a lesser priority than attacking the more visible obstacles.  The exposure of and aggressive assault on financial gangsterism and its venal supporters, and the protection and enhancement of social necessities are more obvious battlegrounds; the royal family can be tossed a peremptory middle finger whenever any of them pop up in the news.  Such pragmatism is understandable, but the continual inclusion of vitriolic anti-royal words and behaviour in revolutionary activity is important because of what a monarchy represents and, more vitally, because of what assertive opposition to it represents and enflames.

Why is there a monarchy?

For a feudal society, ancient or modern, a king, queen or other self-appointed royal dictator is merely the strongest and slyest thieving thug who swindled his or her way to the top.  In a modern democratic capitalist society a monarchy, almost always determined by succession in a single family, exists to place the rest of the population as lesser citizens and to misrepresent power.

Some nascent capitalist countries dispensed with a monarchy due to its reluctance to embrace the power of capital, or its abject decadence, or as a statement of independence from a European empire.  In countries where the monarchy was not a threat to the capitalists’ power it was embraced by the financially powerful as a useful tool.

A king or queen as head of state falsifies the identity of who is in charge.  This capitalists’ tool attempts to take the critical gaze away from the real destructive power in the country.  Simultaneously, a monarchy invites its subjects to pretend that an arbitrary inbred mob is somehow better than anyone else, thus suggesting an intrinsic limitation on success and possibility of power for the general populace.

Abolition is a part of revolution 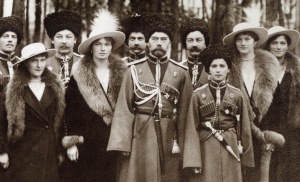 Anyone who desires an alternative to capitalist exploitation of the majority must, logically, be fully supportive of a quick and final eradication of the monarchy.  By imposed definition, the royal family sits above the people, with the corollary of limiting the governing capabilities and aspirations of the people.  The removal of this imaginary and almost psychological barrier to emancipation is a necessary step: It imbues the revolutionaries with confidence in the superiority of the power of the people over any spurious governance.  Equally, it focuses the battle as between capitalist exploiter and the public.

The call for abolition and its enforcement must be a product of revolutionary pressure and not be a decision taken by a capitalist state.  As stated above, some capitalist states chose to rid themselves of unhelpful monarchies – for example, France, Germany and Italy, or declare a republic as independence from European monarchies – for example, Argentina, USA and South Africa.  If, now, a monarchy were to be replaced with the approval and cooperation of the capitalist state then its removal would be merely a repositioning tactic of the state.  The removal must be an act of revolutionary repudiation.

Monarchs are heads of state with varying degrees of political influence; some have ceremonial and administrative roles only.  Some banal queries of the consequences of abolition invent the debate of what replaces the monarch.  A president and associated imagined difficulties are offered as the only alternative in a democratic country.  Such a limitation of options is, of course, illusory and stupid.

Anyone can conduct mundane administrative tasks and anyone can participate in intellectually unchallenging ceremonial duties.  Furthermore, neither occupation needs to be conducted by someone separate from the democratically elected parliament.  Heads of state – monarchs, presidents or equivalent – are unnecessary.

Britain
Queen Elizabeth II has been around a while.  (Update: She died on 8th September.)

For sixty-three years she has walked, stood and rode about, wearing a variety of hats, smiling, shaking hands and accepting bunches of flowers.  Many people, maybe even a majority of British people, haven’t found sufficient reason to dislike her, as a monarch.  Her professionalism in perpetuating her royal image cannot be denied. 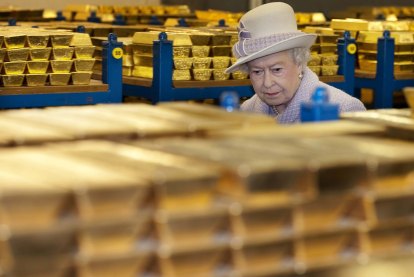 But, the land that she and her brood “own” provides them with income in the millions annually, they have copious financial investments that are enhanced by all of the usual market shenanigans and skullduggery and they partake of any tax-bypass available when managing purchase and sale of property.  They are happy to socialise opulently with any royal family from any other country even if that country is a despotic dictatorship like Saudi Arabia, or even if that country ejected its royal family so that, in reality, that royal family no longer exists, like Greece.  In 1975 the queen’s lackey in Australia, governor-general John Kerr, manufactured a change in the government there.  The pastel-shaded benign persona is a load of bollocks.

The queen’s family have been a regular source of amusement and ridicule throughout her tenure.  A thin, weird-voiced husband with the racist charm of Bernard Manning, an eldest son who combines antiquated hippy drivel with a studied haughty disdain for people, including his first wife, another son who enjoys business dealings with a variety of undesirable vagabonds and a grandson whose stupidity extends to dressing as a Nazi officer as an expression of his wit are typical of the crassness that permeates the “house of Windsor”.

When attempts have been made to tackle the centuries of European royal inbreeding the results were mixed.  Diana Spencer, quite popular with the British public, never agreed to be merely the baby-maker the royals wanted and she was divorced off as soon as her job as birther was done.  Sarah Ferguson suffered the same fate, although she still does emerge occasionally with new ways to embarrass the royals.  A recent invitee, Kate Middleton, was prepared well by the royal development team with four years of training in how to be a royal wife.  So far, there have been no problems and she has mastered smiling whilst wearing a hat.  Three children have been produced.  A new member, Meghan Markle, has just joined.  As a professional actress, she will be able to use her skills in her new job.  Her marriage was followed swiftly by another royal birth.  (Update: She and her husband, Harry, left the royal family in 2020.)

However, a public image that is part A-list celebrity and part Jeremy Kyle is just a sideshow.  The British royal family exists as a facet of the capitalist state and an obstacle to termination of that state, and will continue to be so for as long as it is not too problematic for that state. 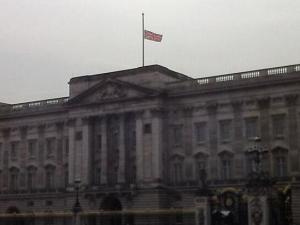 The decision to remove the royal family is not budget-balancing of the cost of the royal family against claims of the income they generate from tourism.  Its removal is a strong demonstration of the belief that the public are second-class to no-one.  The archaic and irrational institution exists to assist the capitalist state by suggesting power is beyond the vast majority.  Cast aside the royals with derision.  Kick them out, quickly, expediently and finally.  Good riddance!

3 thoughts on “Abolish The Monarchy”