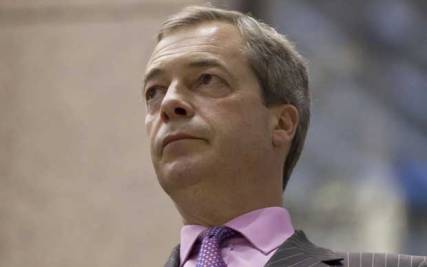 The referendum this week to continue membership of or to leave the EU will affect the political life of UKIP’s Nigel Farage significantly.  If the British public vote to remain in the EU then Farage will slither back into the background noise, after a few whinges about voting irregularities and media bias, and if they vote to leave the EU then post-referendum turmoil in the Tory party could see Farage wrangle his way to an un-elected pseudo-cabinet position via a peerage.  Ignored or canonised?  The inevitable consequence of focussing on one issue.

As his ascension to power or descent to obscurity approaches Farage had become more shamelessly bigotted.  By posing with a conceited smirk on his face in front of a UKIP poster depicting refugees fleeing war accompanied by the phrase ‘breaking point’ Farage was deliberately re-using WWII propaganda tactics by the German government.  He did this not just because he thought such a tactic would work with his core fanatics but also because the ensuing repulsion felt by others against the propaganda could be used by Farage as an opportunity to fraudulently present himself as anti-establishment; the anti-elite deceit is a common and necessary facet of any right-wing party that seeks power.

A few days after the murder of Labour MP Jo Cox by a far-right activist last week Farage was questioned about the poster.  His response was to describe complaints about it as just a reaction to Mrs. Cox’s murder: Farage Sky interview.  The coherent, balanced and justified criticism of the poster began before her death but Farage never lets a fact obstruct his proclamations.  In a different interview on the same day he claimed he is a ‘victim’ of hatred because of all the criticism of the poster – Farage ITV interview.  So, Jo Cox was murdered and refugees fleeing war are used by UKIP as propaganda but Farage is the ‘victim.’  In a further interview on the same day – busy man – he was challenged by BBC’s John Pienaar on comments he made to the same interviewer last month wherein Farage said “we have lost control of our borders completely as members of the EU, and if people feel voting doesn’t change anything, then violence is the next step.”  Farage’s response to this challenge was to simply deny saying it, despite a BBC recording – Farage BBC interview.

The stance of Farage described above is entirely typical of right-wing political methodology and presentation:

Farage knows all the steps to take and when to take them.

An additional feature of his demeanor during the recent media interviews was an aroma of disappointment.  Within a week of the final push over the top toward his raison d’étre one would expect him to be bullish, confident and haughty with his crooked smirk and his rehearsed end-of-the-pier facial expressions, surely.  No, he almost looked as if he had just lost.  The violent murder of Jo Cox has made it difficult for Farage to storm forward with his normal provocative and divisive rhetoric, particularly given the political affiliations of her killer.  Some of his (temporary) colleagues, such as Michael what-am-I-today Gove, felt compelled to pretend to be alarmed by the aforesaid poster.  Farage’s normal forced smugness was absent.  The gurning will probably return before the vote.

A utopian political objectivity might enquire as to why Farage exists as he does?  That is, how can a slimy unpleasant fool with no apparent applicable knowledge, no obvious political allies and whose party has a reckless attitude to its own finances become a central protagonist in British politics?  This twerp may have the answer: 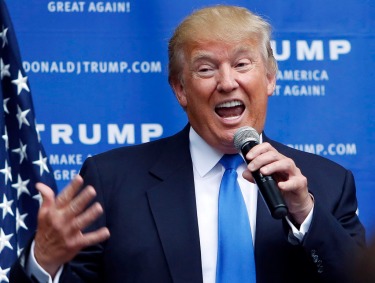 Farage realised that being an angry obnoxious racist bully, as he was at his posh school, was insufficient as a life-skill if he wanted to get his hands on some money so he took a common route for privileged gits with no obvious talent or skill and who have no ethical or moral restraint: He became a commodities broker.  Farage’s seemingly innate con-artistry suited such an anti-profession and, equally, the anti-profession nurtured the conmanship.  A decade or so later, armed with this enhanced gift of the gobshite, he became a full-time politician.  Farage chose UKIP because its (then) small size gave him a swifter route to leader and because his predilection for offensive xenophobic comments wouldn’t be restricted.  But, why, after two decades of UKIP being a clown-ridden marginal mob did it, and Farage, become popular?

The bizarre oft-repeated description in the media of Farage having ‘charisma’ and being a ‘good orator,’ despite all of his speeches and interviews being a concoction of lies and incoherent non sequiturs, is a willing contributor to the false presentation of UKIP as an effective and irresistable force.  (He is so inept at the consistency of his arguments that even if he throws a dead cat on the table it can be proven in minutes that he ran over the cat himself.)  Equally, the liberal media’s concern that “working-class” voters are attracted to UKIP is just hope rather than analysis because the liberal media fears a rise of real socialist support much more than it fears ugly right-wing support.  For, example, liberal media commentary ahead of the by-election in Oldham last year (won comfortably by Labour) was shameless cheer-leading for UKIP: Liberal media on UKIP.

Apotheosis or Disposal?
Farage – a poorly educated, blinkered, soulless, gutless opportunist – will either continue his rise to an influential role or else slide back into his clown seat, belching, farting, mumbling about foreigners and worrying about the plethora of impending court summons regarding various financial activities.

He is a grotesque.

He has had help from various sources and differing political outlooks and he has been a useful tool for the elite.  His celebrity stature is an indictment of the overwhelming venality of British political culture and of its mirror image in the mainstream media.