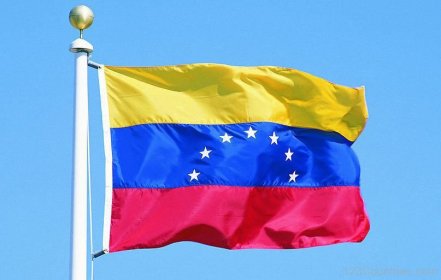 As a response to constant attempts by mercenary opposition to destroy Venezuela’s socialism, the government held an election for a new Constituent Assembly on August 1st.  The purpose of the new assembly is to prevent legacy structures from undermining socialism; it is a step tending toward communism.

Predictably, wealth terrorists and financial gangster capitalists, their enablers in gimp governments and professional PR gofers have all attacked the aims of the assembly and even criticised the existence of the election of the assembly members.  The negative response to the progress in Venezuela has included theft of assets, naked threats of invasion, verbal encouragement of terrorism and bizarre misrepresentation of the political developments.  None of these villainous acts are surprising: Nothing gives the international financial criminal network more of a fright than the continuity of socialism and one of the purposes of the new assembly is to assist with ensuring that socialism in Venezuela is continuous.

Choosing Option 1 does not mean full uncritical support for every decision made by the Venezuelan government and it does ignore the mismanagement of the economy that has led to severe shortages of food and medicines.  Option 1 is support for the intent of the government’s changes to the constitution.  It is support for the progress of trying to ensure the continuity of socialism in Venezuela.  The constituent assembly exists as a tool to try to maintain socialism by countering the imposed restrictions of capitalist “democracy.”  It is contradictory to claim to support socialism and simultaneously to demand that a socialist government stays within boundaries set by the enemies of socialism; that is, for a socialist, Option 2 is invalid.

Countering criticism of the Venezuelan government
As a consequence of the lack of intelligence within the right-wing and centrist politicians and media, the commentary from them on the progress in Venezuela has resembled parody.  The misrepresenters, who stick their respective heads in the sands of the Arabian Desert when there is any mention of the carpet bombing of Yemen by Saudi Arabia, have tried to present themselves as shocked woeful defenders of democracy.  This “shock” included a ridiculous lead item on the BBC News TV channel wherein camera phone footage of the arrest of an opposition politician Antonio Ledezma was broadcast as a dramatic event while the BBC downplayed the fact that Ledezma had called for a military coup in Venezuela as a response to the assembly election.  Terrorist Leopoldo Lopez, also arrested, had been interviewed recently by international media as an “opposition leader.”

The right-wing and centrist politicians and media outside Venezuela know the tack to follow but they lack the knowledge, intellect and work-ethic to do it well.  Of course, the opposition to Venezuela – regardless of events – is driven by the fear of the spread of socialism internationally and by the desire of wealth terrorists to steal the country’s huge oil reserves.

Clearly, as always, the best method to deal with the false arguments of right-wing opponents is not to play their games.  Laugh at their absurd fake “shock,” snort at their insincere defence of “democracy” and celebrate what they are criticising.

One thought on “Venezuela: Pick a side”