Congratulations to the people of  Catalonia. 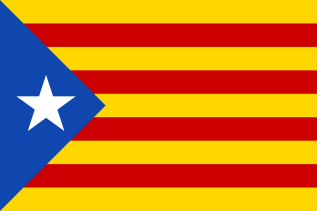 Catalonia has a centre-right government and there are only a handful of left-of-centre MPs in its parliament; it is not at the top of the list of nations that are likely to lean leftward soon.  However, international socialists should support the Catalan people without conditions.

Any nation that becomes independent from a capitalist state should, initially, receive support from socialists.  More pertinently, the threats of state violence from Catalonia’s neighbour Spain toward the people of Catalonia are threats of violent control that are driven by and designed to protect the financial interests of the capitalist state of Spain.  Those interests are opposite to the interests of socialists.

Presidents and prime ministers of fellow capitalist states, in Europe and beyond, have denounced Catalonia’s independence and have given unconditional support to Spain and, therefore, to the latter’s use of violence.  These state leaders fear similar events to Catalonia’s independence occurring in their own countries; their messages of support for Spain are primarily messages to their own populations:

“Behave or we will be as violent as Spain.”

Socialists in any country must give support to Catalonia as they would to any target of state violence in their own countries.  NATO’s Secretary General neatly explained why the fearful capitalist governments are against the existence of Catalonia:

By “our security” Stoltenberg means the security of the capitalist exploitative elite.