This week, the Israeli military repeated their actions of March 30th with a military assault on Palestinian protesters who were the opposite side of a fence installed by the Israeli government.

The IDF used snipers hiding cowardly behind sand dunes and drones dropping chemical weapons.  The snipers used (illegal) explosive bullets designed to cause amputations.  They targetted lone protesters including children.  Journalists were sought out for execution.  The drones dropped their teargas on groups of people.

Over fifty people were killed and over a thousand injured.  The medical staff trying to attend to injured people were targetted by snipers and drones.

Political support for Israel’s actions
The Israel military created a story as an excuse for its actions.

Below are some supportive comments in Britain for the Israeli military’s actions; it is interesting to see how varied they were and how they compared to the official Israeli military line described above.

Right-wing political group Board of Deputies 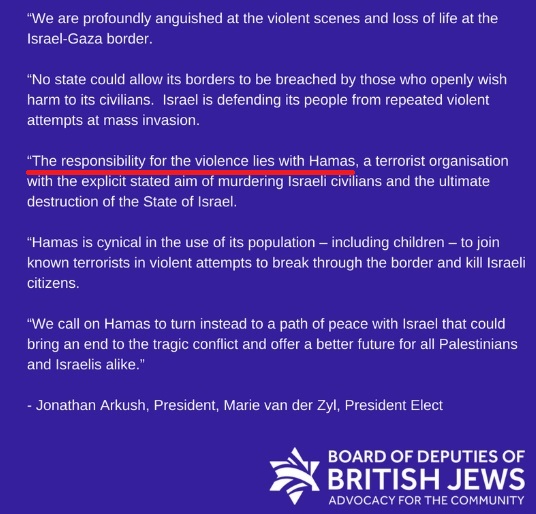 Tory Minister of State for the Middle East Alistair Burt 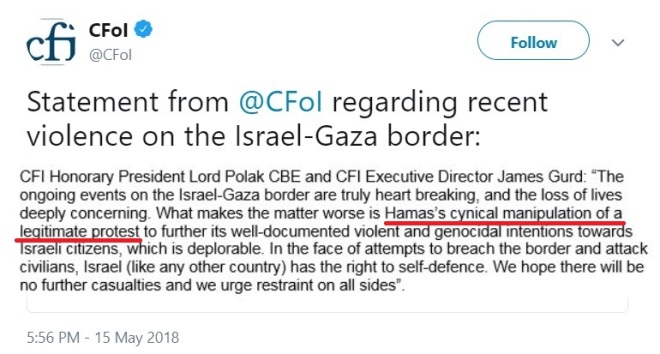 Postscript
As a slight variant, Foreign Secretary Boris Johnson scuttled cowardly out of the House of Commons yesterday just as Labour’s spokesperson was about to ask an urgent question on Israel’s attack on the protesters in Gaza. 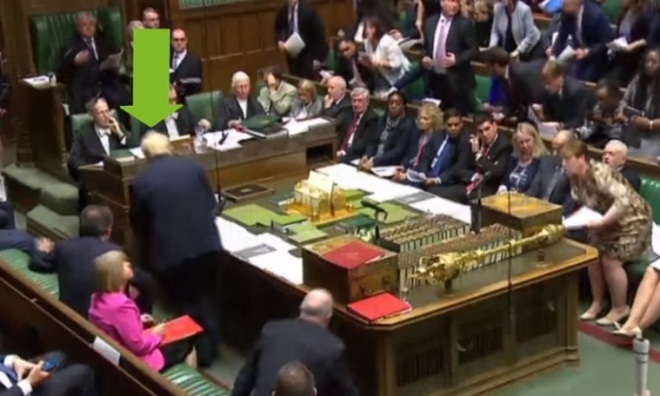