The choir cheering Independent Group is peopled with the usual suspects from the extreme-centre who take any opportunity to oppose a Labour government led by Jeremy Corbyn and John McDonnell.  The fact that they are cheering for theft of democracy does not worry them. 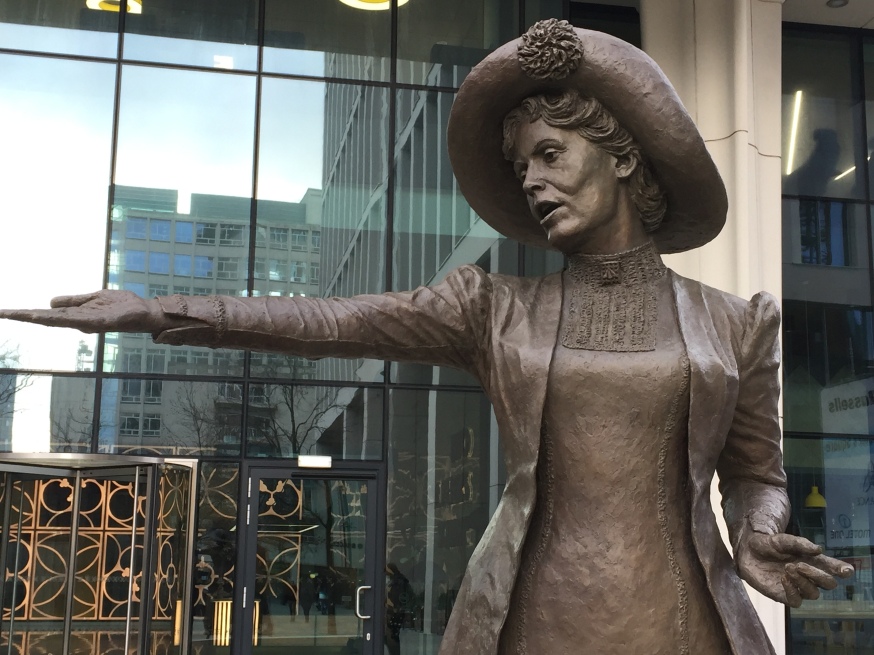 For someone who prides herself on her investigative skills, Carole Cadwalladr was seemingly oblivious to a clear contradiction in her defence of Independent Group donations.

“There has been a lot of speculation about this, but the Electoral Commission has just confirmed Independent Group’s MPs will be obliged to report donations above £1,500.  As you were.”

But, as Cadwalladr is fully aware, donations directly to Independent Group (rather than to its MPs) are not within the remit of the Electoral Commission’s inspection because the former is a private company not a political party.  No donations to Independent Group or to its owner, a shell company called Gemini A Limited, will be declared to the Electoral Commission.  It is difficult to believe that Cadwalladr was not aware of these facts.  The dismissive “as you were” was a demonstration of contempt for democracy.

Character actor turned anti-socialist activist Eddie Marsan made a financial contribution to Independent Group.  He was careful to not state whether his donation was to the MPs, and within the remit of Electoral Commission inspection, or directly to private business Independent Group to avoid such an inspection.

“I’m proud to have donated and offered my support to these brave MPs.”

He made no additional comment to explain why he thought MPs who are stealing parliamentary seats are worthy of being called “brave.”

“No idea where this will lead, but for many that are politically homeless this could conceivably be a place of shelter from the increasingly extremist political duopoly.”

Lineker did not care that the “place of shelter” the former Labour MPs moved to is not in the place that the people who voted for them want them to be.  He was indifferent to the theft of democracy; that indifference is a feature of the extreme-centre’s attitude to democratic responsibility.  His description of Labour as “extremist” was pathetically deceptive.  Centrists fear “political duopoly” because the terminal battle between exploitation and socialism requires erasure of the centre.

Brexit allowed Ian Dunn to grow his profile (and income) as a voice of Remain.  His analysis of Brexit, even when correct, has not been incisive.  Dunt is a Brexifter.

Dunt despises socialism.  His constant attacks on Corbyn, McDonnell and other left-leaning politicians have been consistently dishonest and petulant.  He reached a repugnant depth when he equated Corbyn with antisemitic racism Hungarian president Viktor Orban – Dunt on Orban.

Last week he composed a fan letter to the democracy thieves.  It required a concomitant vomit bucket.  Dunt began with an excruciating description of three (former) Tory MPs, and big fans of Social Murder, performing for the TV cameras as they crossed the House of Commons to join the Tory-enablers in Independent Group.

“It wasn’t just remarkable for the sight of former political opponents sitting together, or for its news value.  It was remarkable because of what it represented.  It stood against the poison of the age.”

Even a self-trained ignoramus like Dunt was aware that there has never been any opposition between characters like Soubry and Gapes.  It was not a coming together of different ideologies; it was floaters in a bowl coalescing easily.

“The constant toxic tribalism has infected our political debate.  It wasn’t just that they sat together.  It was that they smiled together.  They were getting on.  Something important was happening.  This was a cultural moment as well as a political moment.”

“No-one really knows what happens next,” – by “no-one” Dunt meant no political hack – but “the signs are positive.”  Dunt’s “signs” were the results of a poll by a company owned by a Tory MP.  For Dunt, “positive” meant alleged public support for a near-Tory party whose members stole democracy from the voters who elected them.

Dunt quoted an entirely reasonable comment from Jeremy Corbyn on the departure of some Labour MPs wherein Corbyn made the accurate point that their respective majorities at the last general election in 2017 had increased because of public support for a change in emphasis in Labour’s policies since Corbyn had become leader of the party.  Dunt described Corbyn’s comment as “completely tone deaf.”

Copying the tried and tested centrist script, Dunt equated Labour and the Tories in order to dismiss Labour and to erroneously present Independent Group as something new when, in reality, it is the death throes of centrist confidence trickery.

One of the contributors to Guardian panel, the paper’s deputy editor Sonia Sodha composed some PR for the Independent Group.

“It was an agonising decision for them.”
“It was clearly a matter of conscience.”
“If they lose at the next election, they will depart British politics knowing that they had the courage to speak out for what they believe is right.”

Several MPs left Labour without calling by-elections and they have stated they will stop Labour winning a vote of no confidence against the Tory government and forcing an election.  These MPs are defecating in the faces of everyone who has fought for universal suffrage in Britain.  The Independent Group has no policies, no plan and nothing to say.  It is defined by vacuity.  But, Sodha claimed their reprehensible, dishonest and cowardly decision was a matter of “conscience.”  She knew she lied.

Sodha asked “who would have thought 10 years ago a group of MPs would be departing a party rightly proud of its anti-racist history, accusing it of institutional racism?”  Anyone who experienced or observed the nurtured dishonesty of the Labour deserters would not be at all surprised by any nonsense they invented to excuse their departure.

BBC’s Gavin Esler, inventor of the word ‘brexcrement’ – see Political Glossary, expressed his exasperation with Brexit via the familiar centrist trick of applying as much blame to Labour as applied to the Tories.  Esler used the trick as a tool to cheer for Independent Group.

Straight from a PR script, Esler said “they [Independent Group members] appear to be like most normal people.”  A “normal” person does not think it is fine to support a campaign against people with disabilities that has led to thousands of deaths as Anna Soubry has done.

Esler used “normal” to describe the members of Independent Group because they “may disagree” on some issues.  He also claimed they “are united by moderate values.”  There is nothing “moderate” about three Tory MPs who have shamelessly supported Social Murder in parliamentary votes.  By “moderate” Esler meant “not socialist?”

Like Dunt’s “toxic tribalism” and Lineker’s “political duopoly,” Esler objected to the existence of political parties with consistent ideology.  Supporters of technocrat anti-democracy administrations readily criticise the concept of left and right in politics.  What they are really objecting to is left-wing challenge to exploitative status quo.

There is no consistency or integrity required to be in the fan club for the worthless centre of British politics.  Its single focus is to stop socialism.  Any tactic is acceptable.  Blatant theft of suffrage by Independent Group has not caused a ripple of concern in the centrist community.