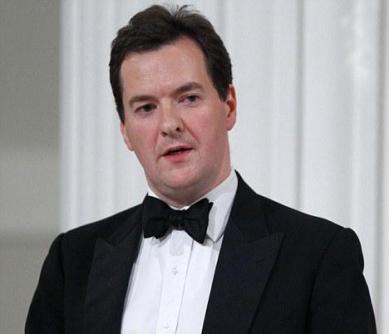 Today, right-wing London newspaper The Evening Standard appointed current MP and former chancellor of the exchequer George Osborne as its new editor.  Many newspapers employ one-off joke editors as marketing ploys including politicians, entertainers and even sports people, but Osborne’s appointment is permanent, not a joke.

Without doubt, Osborne is utterly unqualified to be an editor of a newspaper and possesses neither the intelligence nor the common sense to be able to learn the skills required.  The owner of The Evening Standard could not claim there exists a shortage of candidates for the role; at that newspaper, at others under the same ownership and throughout the journalist professional there are many strong candidates for the job.  Osborne’s unsuitability for the job of editor of a newspaper is surpassed in ineptitude only by his abject unsuitability to be chancellor of the exchequer.

Osborne acquired the role as a consequence of his stature in the group masturbation obligations within the financial gangster community and their gimps.  Like many in that cesspool, Osborne is simultaneously a manipulator and a gimp.  The job – or, more pertinently, its salary – may have been offered to him as a nice little thank you for all his help to the financial elite when chancellor, or he may be thanking Lebedev, (the owner of The Evening Standard), for its support for the Tories, or Osborne’s key employer BlackRock Investment Institute may want Osborne to advance its venal and disreputable interests in the newspaper.  Any or all of the above and other factors may have contributed to Osborne adding to his visibility and his unearned income.  What are definitely not factors are ability, suitability or competence.

The rampant multi-million pound tax-dodging shenanigans of Osborne’s parents created sufficient wealth for them to send their dopey son to one of the financial gangster finishing schools, St. Paul’s.  His career since has followed various puss-filled paths of the elite’s manipulator/gimp duonanism.  For the British public his tenure as chancellor was catastrophic but, for the financial elite, he did his job.  Editor of a right-wing newspaper, spokesperson for an “global fund manager” and Tory MP are merely faces on the same polyhedron of fecal matter.

Osborne is currently a favoured mascot of the most destructive components of international capitalism.  His contempt for parliament and for democracy is matched by his contempt for journalism.  He is precisely what the Tory party stands for.