On the morning of October 12th 1984 the breakfast TV news bulletins were dominated by scenes and reports from the aftermath of an IRA bomb at the Grand Hotel in Brighton, the accommodation for many of the senior members of the Conservative government attending the annual party conference.  The clip of Norman Tebbit, then President of the Board of Trade, being stretchered out of the rubble, clad in pyjama bottoms and Bruce Willis vest and in obvious pain, is etched in many people’s memories.  Some people had sympathy for him and wished him a speedy recovery; others, at the sharp end of the consequences of his party’s actions in government, were disinclined to see the image as negative.  It is an indictment of how hated Thatcher’s Tories were that mirth or indifference were commonplace reactions to Tebbit’s predicament from people who were certainly not supporters of the IRA’s military acts.

It is noteworthy that the bombing in Brighton would not have happened if the Tory government had made any effort to resolve the conflict in Northern Ireland; conversely, they were happy for it to continue.  (Who takes the blame for Brighton bomb?.) 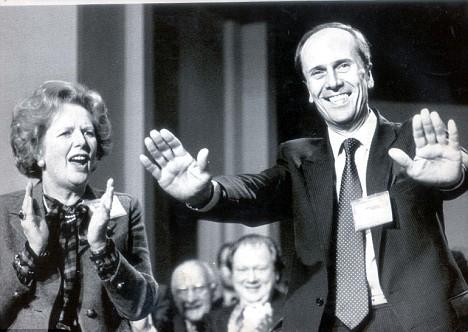 As they ransacked and pillaged public services to feed the financial gangsters and destroyed trades’ unions’ power, the Tories needed to promote bigotry toward anyone they could think of as a tool to turn attention away from their destruction of the country and of society.  Tebbit was a key protagonist in the Tories’ creation and presentation of false enemies as a distraction.  He was always very willing to encourage racism, xenophobia, homophobia and extreme sexism and has continued to do so since his departure from the front bench and subsequently his arrival in the House of Lords.  His style and the relentlessness of his rhetoric were influences on all the rabble-rousers who followed him.

The only reason Tebbit didn’t join UKIP (or BNP, EDL, etc.) was to protect his career as a Tory.

Now, Tebbit operates as a professional troll and screaming head in the House of Lords, in media interviews and in his column in the Telegraph with no difference of quality or style between him and detritus like Kate Hopkins or Sean Hannity. (Screaming Heads And Professional Trolls.)  Last week he emitted another pile of vomit in the Telegraph – Tebbit pukes – wherein he regurgitated an offensive and deliberately fraudulent con trick about the rise of fascism in the 1930s in Europe:  Tebbit claimed fascism developed from socialism not from conservatism.

Tebbit knows that fascism is an extreme form of coporatism and, thus, is a variant of conservatism.  Fascism murdered millions of people during the second world war but Tebbit used the genocide as a tool to attack the political outlook – socialism – that challenges the corporate gangsterism that he supports and enables.  The article is a gross expansion of the general dual purpose theme used by extreme corporatists that tries to deflect criticism of fascism while encouraging false attacks on socialism.  Tebbit does not care that he is abusing the memory of the millions murdered by fascism. 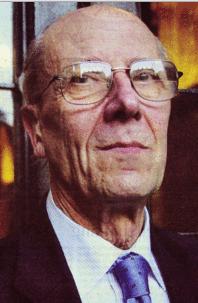 One thought on “Norman Tebbit: Father of modern British racism and prejudice”